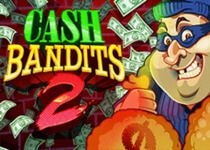 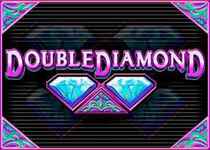 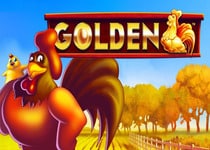 It would seem that the appetite of gaming developers for mythology themed slot is insatiable. The Greek fairy tales are definitely among the most often used for story plots. The Golden Owl of Athena slot machine game is part of this category. The story used for drawing in gamblers to wager their cash takes us through some of the adventures of the Wisdom-Goddess and some of the artefacts that helped her come through.

This video slot from BetSoft online casino software provider has a multitude of means to be played, from the standard desktop version to the Instant Play available on all mobile devices. The same, it can either be enjoyed using the option to play a demo free The Golden Owl of Athena slot game, as well as with the version to play for real money.

The Golden Owl of Athena online casino slot game presents a number of 5 reel slots with only 10 pay-lines, but worry not, it’s more than enough for a big paycheck. It only allows an interval between 0.1 and 0.25 coins, which might seem as a preset condition for low winnings, if not for the maximum payout of 562200 coins specified by BetSoft. The RTP is slightly above 95%, still a good percentage for a slot machine.

This is another game which has a single symbol acting both as wild and as scatter but presents a couple of other features that make the gameplay more interesting and enjoyable. Surely, before gambling, a visit at the practice mode for The Golden Owl of Athena flee slot is recommended, in order to get accustomed to the peculiarities of the spins.

The Golden Owl of Athena slot for real money has the following special moves, which bring the salt and pepper of this play:

The Golden Owl of Athena slot review wouldn’t be complete if it wouldn’t mention the storyline, gameplay and significance of the used symbols. Everything revolves around the legend of Athena, Goddess of Wisdom in Greek mythology. As to be expected, the background presents what would appear to be Mount Olympus, with a waterfall, green garden, a Pantheon and another small temple.

The symbols are stylized as to resemble the letters in the classic Greek alphabet. Other tokens that give fluency to this story are the Goddess herself, her temple, an olive tree, the helmet, the spear and the chalice, all being artefacts used in one or more of Athena’s quests throughout history.

The Golden Owl of Athena online slot has a classic slot machine touch, with a rather standard theme, which is put in value by the great visual effects and the dynamic gameplay. The features of free spins, which can be also bought, have an enticing way of being played, due to the bonus symbol chosen each time the player enters the free spins game. Overall, not a boring moment awaits the combination between the classic and the modern read of the game, making it a slot machine for the wishlist.